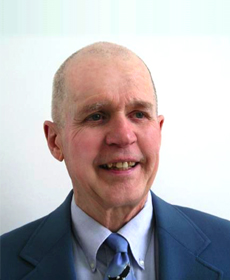 Thank you for your interest in the International Collegiate Business Strategy Competition.

The competition began in December 1964 when the first decisions were mailed to the Reno campus for processing. After a series of remote decisions, all teams came to Reno in April 1965 for three days of onsite competition. The competition went very well and enthusiasm was high. Many of the schools requested that the competition become an annual event.

Two new professors joined the University of Nevada faculty in the fall of 1965, Dick Cotter and Ed Zane. They agreed to champion an annual competition and thus what has become the annual International Collegiate Business Strategy Competition was born. Although records are a little sketchy, it is believed that the University of Portland and Willamette University joined in the second competition which was again very successful.

Following the 1966 competition the University of Nevada decided to upgrade its computer. The competition had been using a copy of the Boston College Game which was written in machine language and could not be modified to run on the new computer. With the future of the competition in doubt, Cotter decided to write his own game. After hundreds of hours and many many punch cards later, the game was ready for the third competition, and it worked! Following several more years of development and testing, the first edition of The Business Policy Game was published in 1973 by Apple Century Crofts.

The competition was held at the University of Nevada, Reno from 1965 to 1992. It moved to the University of Nevada, Las Vegas in 1993, to San Jose State University in 1995, to the University of San Diego in 1999, and to California State University, Long Beach in 2011. Dick Cotter died in March 1998. David Fritzsche, his co-author beginning with the 2nd edition of The Business Policy Game, took over to continue the competition in his memory.  Over the years, subsequent new editions of the software have been released.  In 2016 David released the Seventh Edition of the  Business Policy Game  for the 52nd running of the Competition. In 2017 a browser-based version was released after using it for the 53rd competition. His new partner, Simon Rodan, was instrumental in developing the browser-based version which mirrors the PC version. The BPG Internet version is now used for the competition.

The Emory competition ceased a number of years ago and several other competitions have come and gone over the years.  Today the International Collegiate Business Strategy Competition is still going strong helping generations of students understand the complex workings of the business environment. It stands as a tribute to Dick Cotter and his dedication to helping students become better managers and citizens.